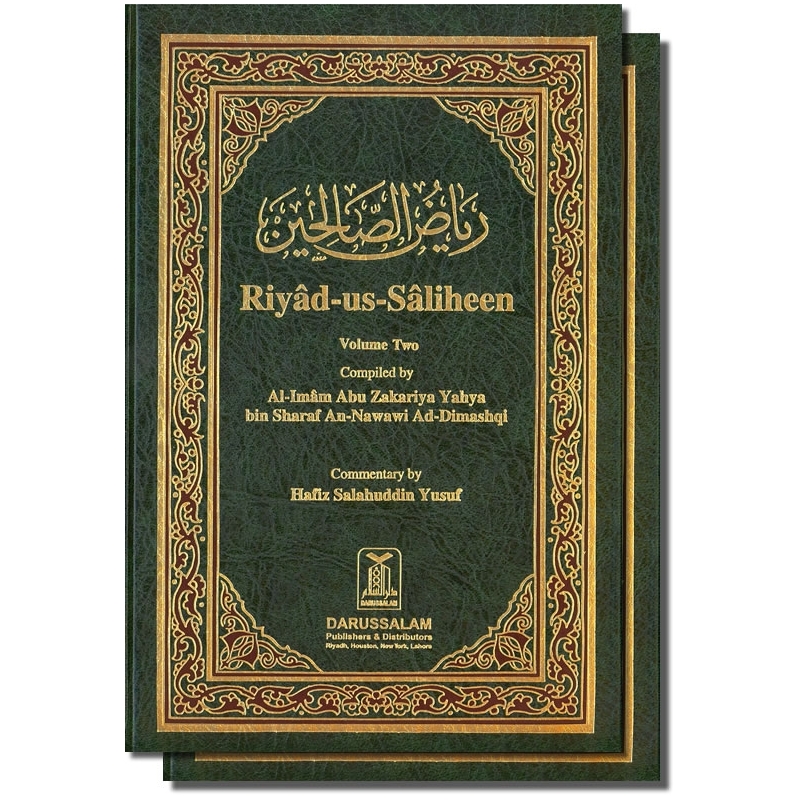 Commentaries on the Ahadith have been added by Hafiz Salahuddin Yusuf of Pakistan who had originally executed them for the Urdu edition of this book. The English translation of the book and the - commentaries was performed by Dr. Muhammad Amin and Abu Usamah Al-Arabi bin Razduq who have performed their task with utmost care and profound interest.

About the Author: Imam Yahya ibn Sharaf al-Nawawi was Born in the village of Nawa in Southern Syria, Imam Nawawi spent most of his life in Damascus where he lived in a simple manner, devoted to Allah, engaging single-mindedly in worship, study, writing and teaching various Islamic sciences. . Although best known for his works in hadith, Yahya ibn Sharaf al-Nawawi (d. 676/1277) was also the Imam of the later Shafi'i school of Jurisprudence, and widely acknowledged as the intellectual heir to Imam Shafi'i. He was a renowned scholar and jurist who dedicated his life to the pursuit of Islamic learning. Imam Nawawi died at the young age of 44 years, leaving behind him numerous works of great

Imam Nawawi is well know for books which are easy to understand "...He has not placed any hardship upon you in religion..." [TM Qur'an 22:78] "Whenever you speak to the people of something their mind cannot comprehend, it could lead some of them towards fitna " (Muslim)

We praise Allah that He enabled us to publish many books on religious topics in the Arabic, Urdu and English languages which acclaimed great popularity in Arab countries as well as in America, France and European countries besides Pakistan, India and many African countries. We try to present publications based on authentic research material in lines with the Qur'an and Sunnah, and that are free from every type of vague conception, weak authority and false ideas. Now, we have published Riyad-us-Saliheen with the same spirit and same tradition of good research work, professional editing and excellent printing standard. The book was compiled by Imam An-Nawawi who was the great scholar of Hadith and Fiqhof his time. We, hopefully, can proclaim that it is the best representation of Riyad-us-Saliheen ever produced in any language any where. May Allah accept our sincere efforts regarding the propagation of His religion throughout the world, and bestow on us His blessings to fulfill our resolutions in this regard -Amin!